JPMorgan Chase will pay more than $920 million to various federal agencies for engaging in manipulative market practices for years. As part of the settlement, JPMorgan has admitted to partaking in an illicit practice called “spoofing” between 2008 and 2016. This ploy allowed them to unfairly exploit prices on a variety of assets.

This is how spoofing works. JPMorgan would initiate orders to buy or sell precious metals, Treasury notes, or Treasury futures. But the bank would quickly cancel such trades before they went through. But the initial order still sends mixed messages to other market players, triggering price changes that the spoofers are then able to exploit. According to the Commodity Futures Trading Commission (CFTC), JPMorgan traders successfully caused artificial price changes favorable to their own company.

America’s largest bank is trying to take some ownership of its actions, though admitting to wrongdoing was likely a concession of their settlement. Daniel Pinto, co-president of JPMorgan Chase, has called-out those employees who engaged in spoofing, though he didn’t directly accept responsibility for their behavior.

“The conduct of the individuals referenced in today’s resolutions is unacceptable and they are no longer with the firm,” Pinto said. “We appreciate that the considerable resources we’ve dedicated to internal controls were recognized by the DOJ, including enhancements to compliance policies, surveillance systems, and training programs.”

Meanwhile, CTFC Chair Heath Tarbert celebrated the steep price JPMorgan will now pay for engaging in such dishonest behavior. “Spoofing is illegal—plain and simple,” Tarbert wrote. “This record-setting enforcement action demonstrates the CTFC’s commitment to being tough on those who intentionally break our rules, no matter who they are.” 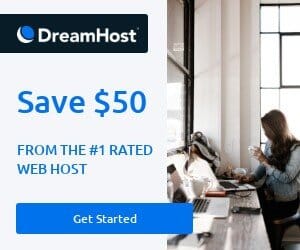